Berlin's 15 hotspots for a first visit

A city trip to the German capital Berlin is definitely one you should visit. Berlin is super versatile and also very large. It is wise to plan at least three days before your visit to this metropolis.

During my city trip to Berlin I stayed near the cozy and busy Kurfürstendamm, in hotel Arrival. Admittedly this is not the most luxurious hotel. Actually it was more like a hostel, which was sufficient for me because most of the time I was still exploring Berlin with the public transport.

Are you planning a city trip to Berlin soon? And will this be your first time? Then these are the hot spots you should see on your first visit to Berlin.

One of the most famous hotspots in Berlin is the Brandenburg Gate. This architectural tour de force used to serve as a gateway to the city. It is the only city gate that has survived after the Second World War. The Reichstag is the most important stronghold for political Germany and also one of the biggest sights of Berlin. The building is characterized by its robust appearance and the glass dome. Both the dome on the roof and the Reichstag itself are free to visit after registration. At the glass dome you have a fantastic view of the city.

Book in time to avoid disappointment. The allowed capacity is limited. It may also happen that you are not admitted for security reasons. Do you want to visit the Reichstag? Please register in advance via www.bundestag.de and do not forget to bring your ID with you when you visit the Reichstag.

Checkpoint Charlie was a checkpoint when Berlin was divided between East and West. It is located on the border of the American and Russian sectors, near a passage of the Berlin Wall on Friedrichstraße.

You can visit Checkpoint Charlie every day and take pictures with "guards". The checkpoint is in the middle of the road and cars can just drive by. Checkpoint Charlie has since developed into a tourist attraction, which for me detracts from the emotional charge this symbol has for the history of Berlin. If you are further interested in information about Checkpoint Charlie, I recommend you visit the Black Box across the street.

Besides Checkpoint Charlie, the Mauermuseum is also a place, where you can find a lot of information about the cold war. 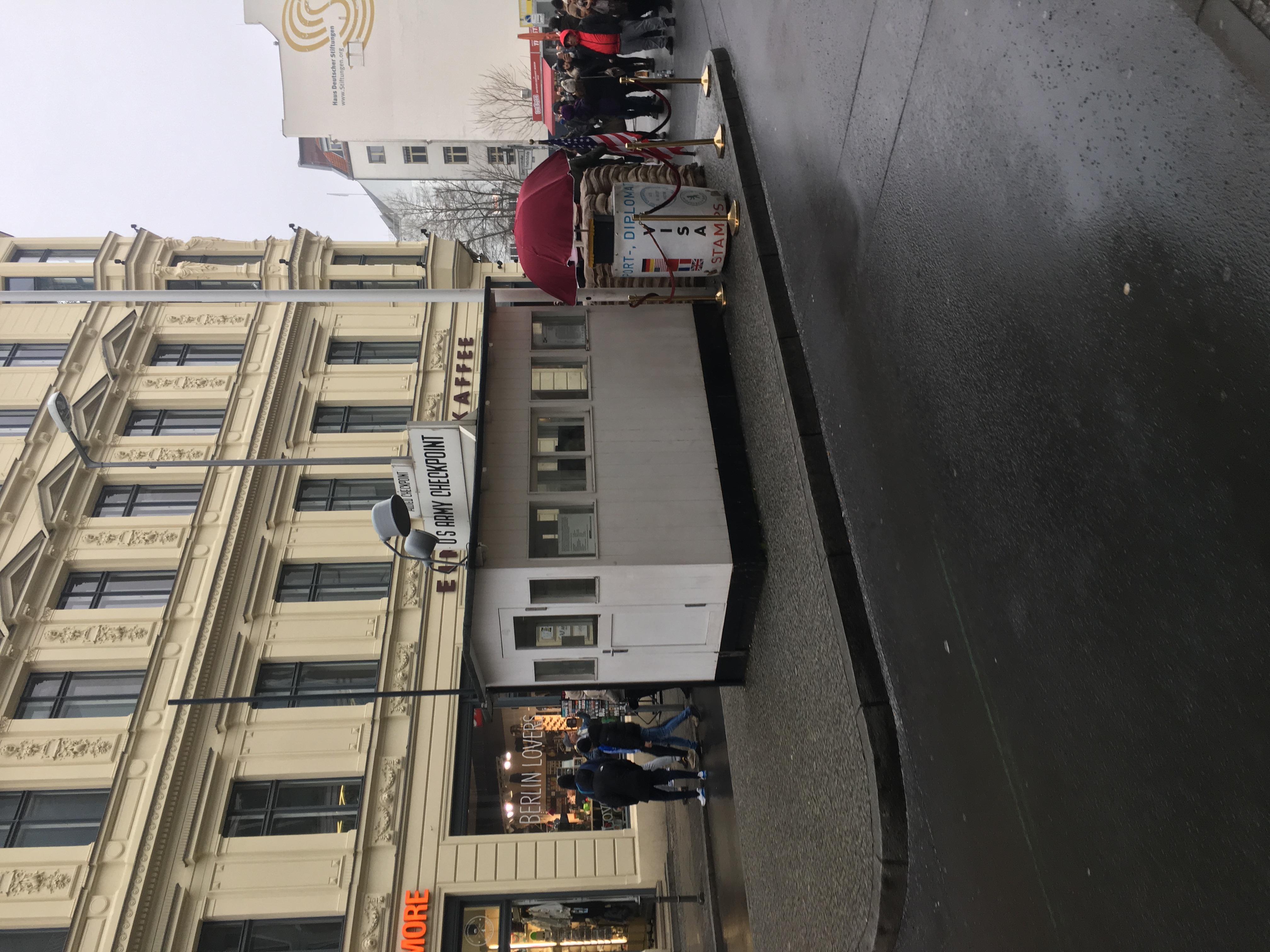 The Holocaust Monument (Holocaust-Mahnmal) in Berlin is for me the most impressive place in Berlin. The size of this monument is impressive, it has a total circumference of 19,000 m2 and is built in the middle of the city.

This memorial is the memorial that stands for the many Jewish victims during the Second World War. It consists of 2,710 gray concrete blocks that have different heights (from 20 cm to 450 cm), which you can walk through.

The narrow paths, endless corridors and high blocks make you feel disoriented when walking through the Holocaust Memorial, as if you can't find a way out. This should give the feeling of the hopeless situation of victims in the concentration camps. In any case, it made me think that these people symbolize our contemporary freedom.

The Holocaust Monument is located in Berlin-Mitte. It is a few minutes walk from the Brandenburg Gate. If you come by metro, it is best to get off at U-Bahnhof Brandenburger Tor or Potsdamer Platz station. 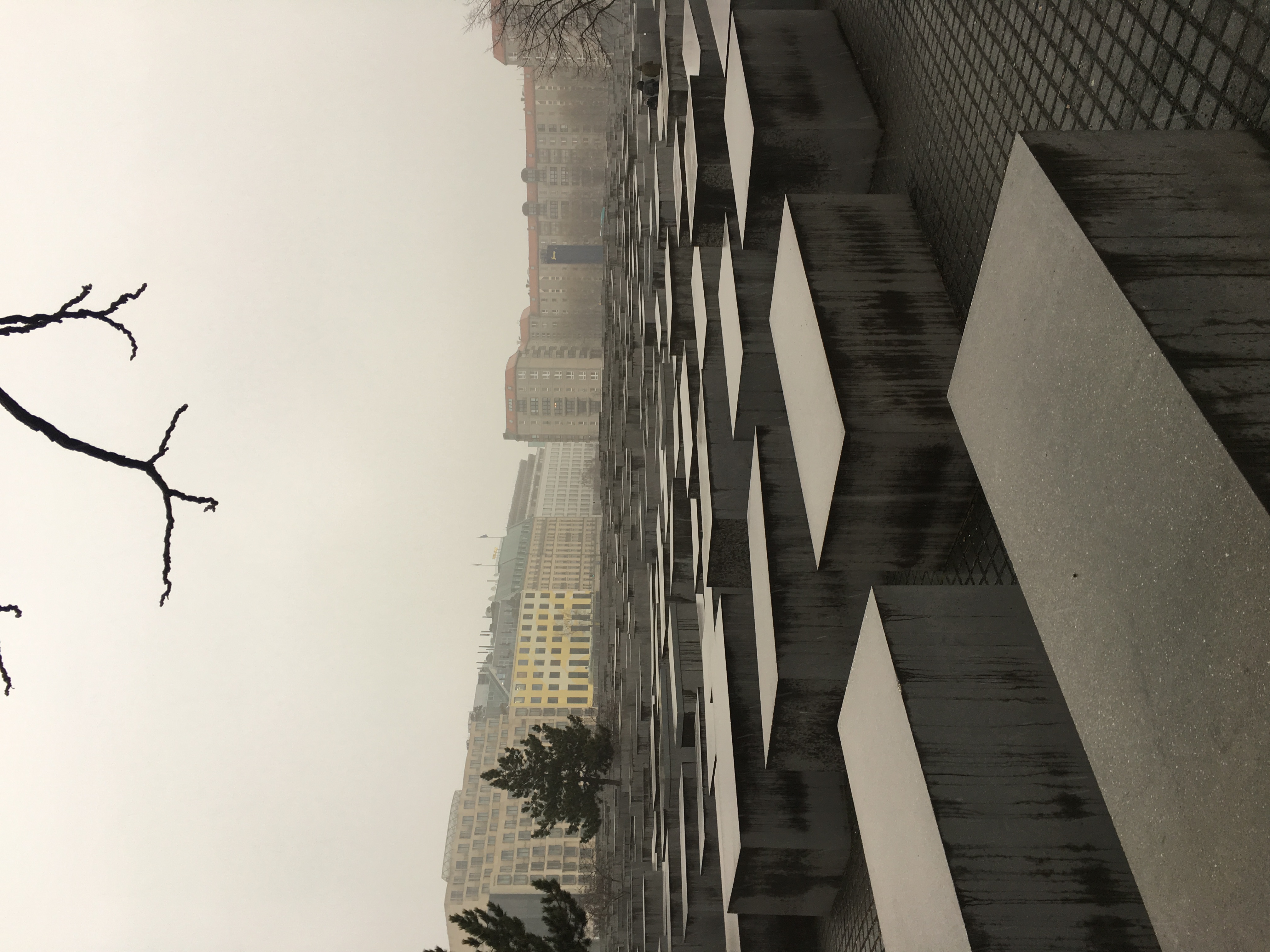 Potsdamer Platz has been the historic and modern trade center of Berlin for many years. Here you will find remnants of the Berlin Wall and a watchtower from the Cold War. Due to the many bombings in the Second World War, nothing is left of the square. Fortunately, after the fall of the wall, reconstruction started and the square has regained its old image as a trading center.

On this square you will find the Sony Center, the Mall of Berlin and the Stage theater. There are also several restaurants and shops on the square. The Potsdamer Platz is a lively square, where there is always something to do. You can also enjoy yourself in the evenings and into the late hours by the many entertainment venues.

Construction of the Tempelhof airfield has started since 1922. This airport is an important part of Berlin and German history. In the 1930s, this airfield was part of Hitler's plan to make Berlin the most powerful city in the Third Reich.

During the Second World War, this airfield was therefore used by the German Air Force. The building is immense in size, it is 1.2 kilometers long and has a total floor area of ​​290,000 square kilometers. It is worth a visit, it is one of the few historical sites that have not been affected by the war.

The abandoned airport can still be visited daily. It is also possible to take a guided tour to get.

Admire East Side Gallery during the day or evening. This is one of the must-do's during your visit to Berlin.

The East Side Gallery has more than 100 murals by (well-known) artists. Each of the works of art is an expression of hope for change. 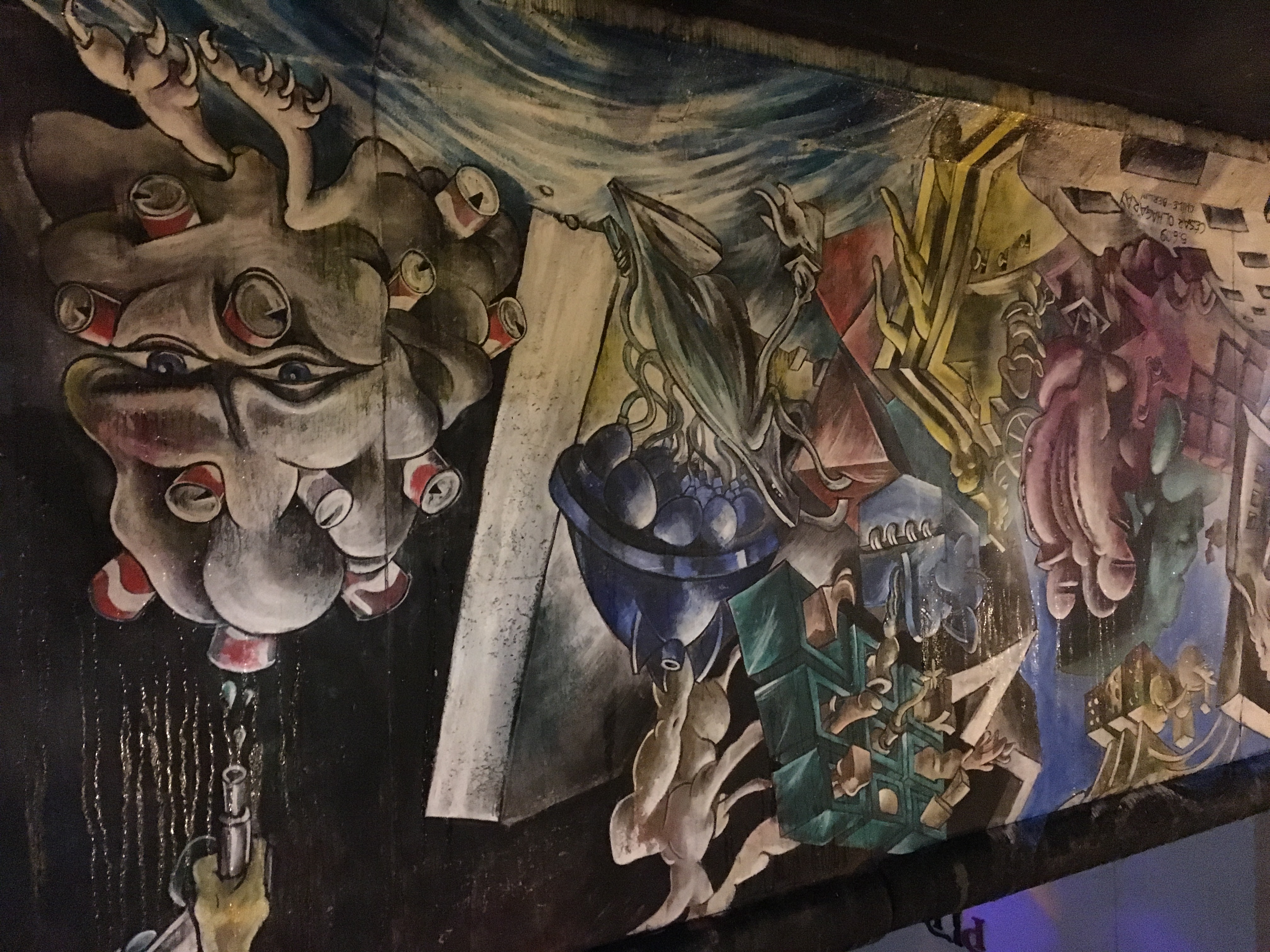 The most famous street in Berlin is Unter den Linden. This street was formerly used as a parade street for princes, emperors and wealthy citizens. This very famous avenue runs from Alexanderplatz to the Brandenburg Gate. You will also find the Neue Wache, Madame Tussauds, Berliner Dom, Hotel Adlon and Humboldt University.

Also enter for free at the Volkswagen Group Forum Store, which is located at the Unter den Linden. It is a showroom of cool cars and a museum with technological art in one.

10. Culture and history in Museum Island

There is no shortage of culture and history in Berlin. For example, the Museum Island is located on the River Spree. This is a kind of museum island. You will also find many museums and historical buildings within a short distance of each other. The Berliner Dom, The Alte Nationalgalerie, the Pergamon Museum, the Neues Museum, the Bode Museum and the Altes Museum can be found here.

There is a beautiful palace garden around Charlottenburg Palace. This garden has free access for everyone. The beautiful flowers and plants make this a very romantic place in Berlin.

Zoo Berlin is the oldest zoo in Germany. This zoo has been around since 1844 and is located in the district with the appropriate name: Tiergarten. In addition to the zoo, Zoo Berlin also has a separate aquarium. Here you will find many types of fish and reptiles.

If you visit the Bikini Berlin, you can walk past the zoo from the roof and spot some animals.

Schedule enough time to visit this zoo as the size is large and there are many animals.

The Olympiastadion is, as the name suggests, the Olympic Stadium in Berlin. The stadium is used by the Berlin football club Hertha BSC.

The Olympic Games opened in 1936 in this imposing stadium and it has a rich history. The Olymisch stadium is a beautiful building and therefore definitely worth a visit., Use the metro to go to the Olympiastadion, because it is not in the center of Berlin.

This church can be visited daily for free in Kurfürstendamm. You can hardly miss this memorial church if you walk around there.

If you want to sit among the locals and eat well, then the Italian restaurant Ali Baba is a very good restaurant. And it is only a 12 minute walk from the Kurfürstendamm. It is not directly on a major road, but a bit hidden.

You will find Ali Baba on this street: Bleibtreustraße 45.

You wouldn't immediately think that the name is an Italian restaurant. You get the idea that you can get doner after a night out. Nothing could be further from the truth, because you can eat delicious food here for an affordable price. It is wise to make reservations on the weekends because this restaurant is very popular with the locals.

Use public transport in Berlin

Berlin is therefore very versatile and is a perfect city for a city trip. Public transport in Berlin is cheap and you can use it perfectly to discover all the hotspots above.