Visit ZOO Antwerp during a weekend in Antwerp

The weather forecast for the day I went there didn't look good. A lot of rain and wind was predicted, but fortunately all this was not too bad. 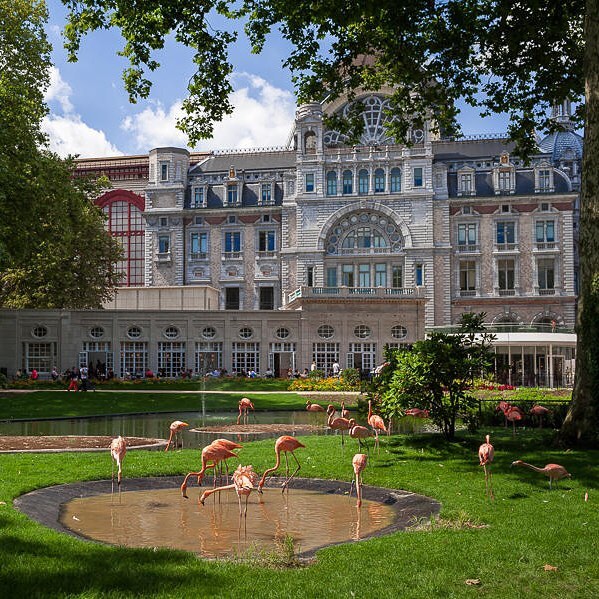 Not a drop fell, but unfortunately it was blowing hard. ZOO Antwerpen had therefore left a number of animals in the indoor enclosures as a precaution and unfortunately they could not be seen.

The entrance to the zoo is very spacious, as the entire zoo is actually divided. From the entrance we could directly see the pink flamingos!

Once through the entrance gates there were all statues of Chinese animals and dragons. These are made by Chinese artists for the annual light event of ZOO Antwerpen. This event is now for the second year, but unfortunately we were just a little too early! Would have loved to have seen it. Next year another chance. 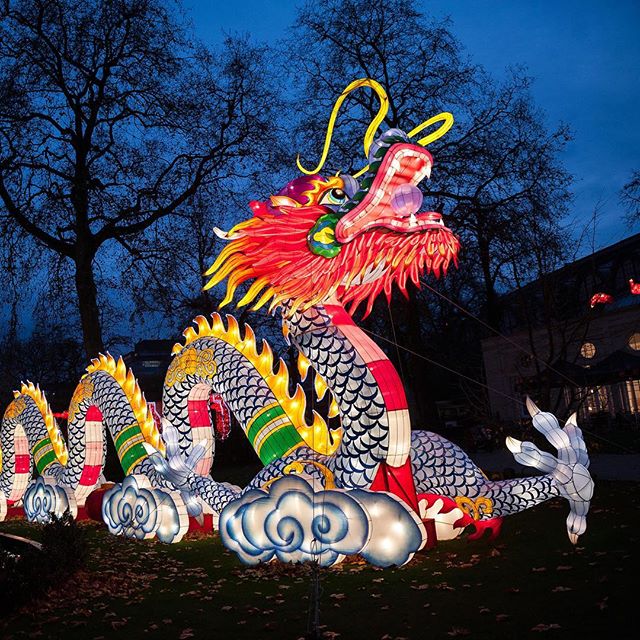 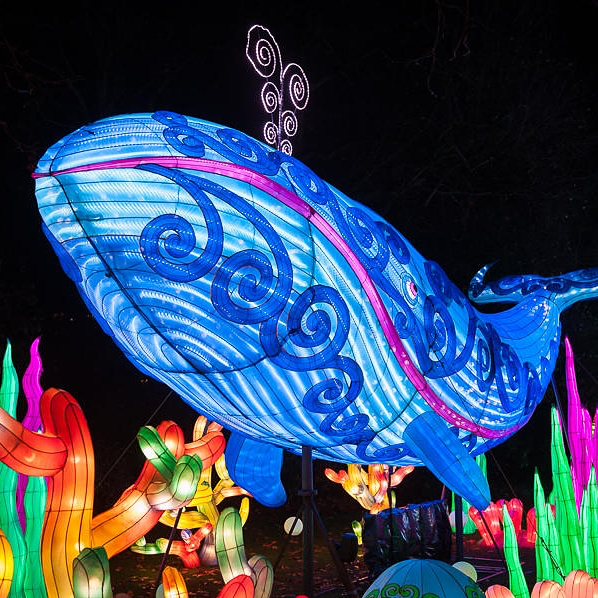 From the small apes building we came to the most famous tree hugger; the koala. It is special to see a koala clinging herself to a tree while sleeping. 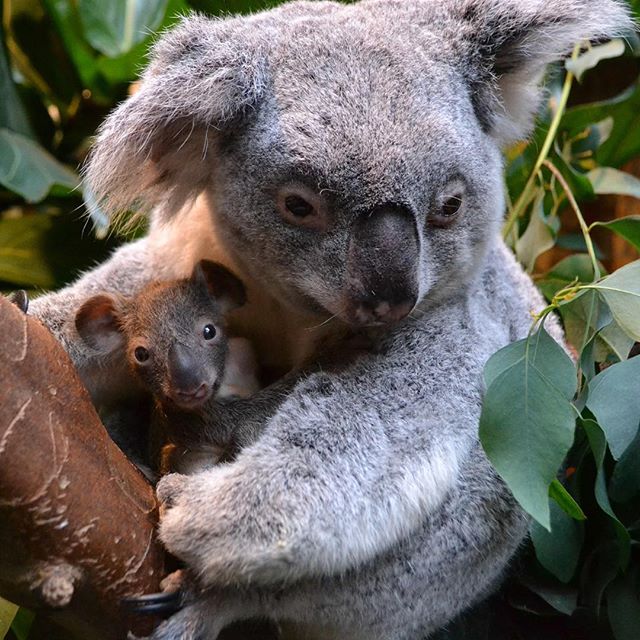 From the sleeping koala we walked on towards the great apes. They had gorillas and chimpanzees among others. They absolutely don't like to be stared at and this is strongly discouraged. When a male gorilla escapes, I really run me the ape acid. With an enormous mass of muscles they are not only big, but also very strong. I do look forward and quickly to the penguins.

Have you seen the penguin in the picture yet? I could touch them, but I didn't. Because that beak of hers is very dangerous! But it's a super cute penguin's loft, you can almost walk all the way around it. And a low wall keeps us apart. So I could take this nice picture of Mr. Penguin. 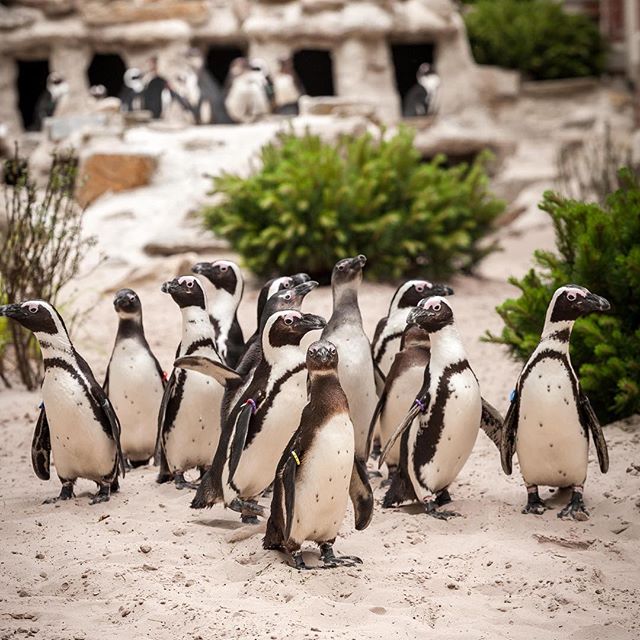 After the penguins we walked past a new restaurant to the savannah area. Unfortunately we couldn't see all the animals because of a renovation. Next to the giraffe's, who were in a temporary stay, we could see the buffaloes. They were for a part already in a new home. This was quite a pity. So we could not enter the "Egyptian temple". Here we were a bit lucky, because the Asian elephants walked outside!

After seeing those elephants we walked via a staircase over a moving wooden bridge. We entered the enclosure of the vultures and other bird species. Because there was no glass between us and the birds this made it very natural. From the vultures we walked to the interior of the hippos. The animal caretakers were busy cleaning their enclosure. I had to take a good look, but in the end we saw all three hippos. 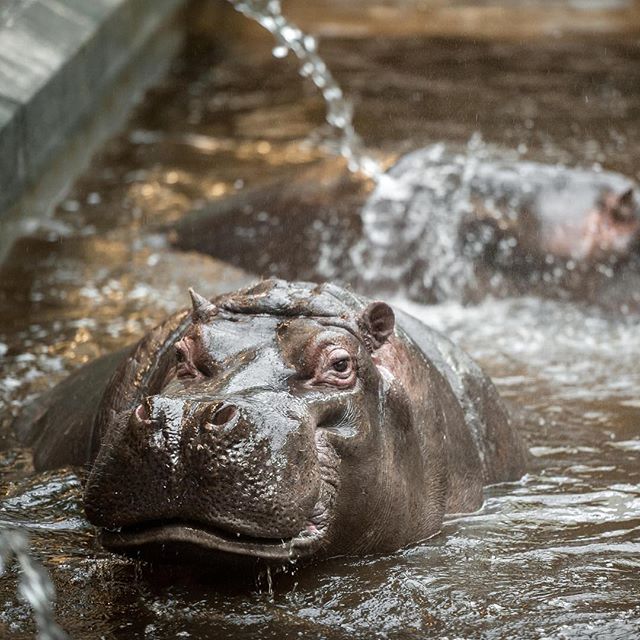 From the "fat" hippos arrived at the tapirs. This was really nice, because there was a little one. Unfortunately I haven't been able to take a picture of it (here she can be seen).

Then we walked in the direction of "Vriesland". We walked into a kind of cave. It was very nicely reconstructed. Once inside the cave, we saw seals and different kinds of penguins (koningspinguïns, gentoopinguïns and the macaronipinguïns).

We walked further in the direction of "Vriesland". We walked into a kind of cave. It was very nicely reconstructed. Once inside the cave, we saw seals and different kinds of penguins (king penguins, gentoo penguins and macaroni penguins).

What followed was really great for me! The aquarium of ZOO Antwerpen is real, but really fantastic! It was built in 1911 and made there by one of the oldest aquariums in Europe. So it is already more than a hundred years old.

With the blue light through the space you get the feeling you are standing in between it yourself. At the end they have the reef aquarium. I really thought this was the highlight of this zoo! At the moment we were there they were just being fed by two divers. Actually, you have to experience this for yourself. 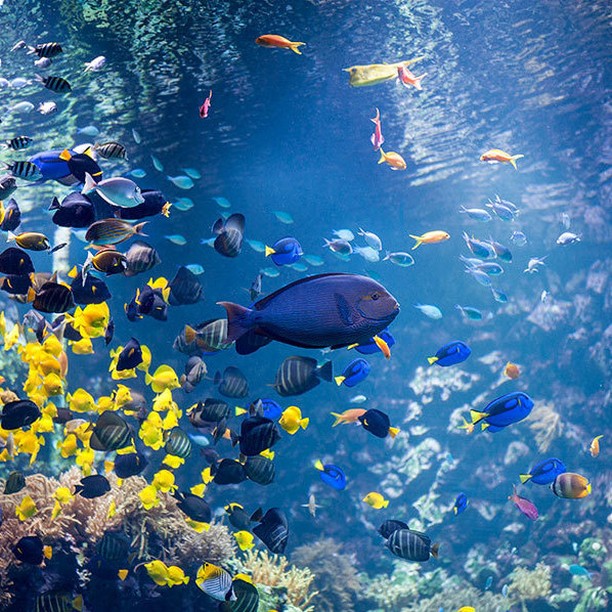 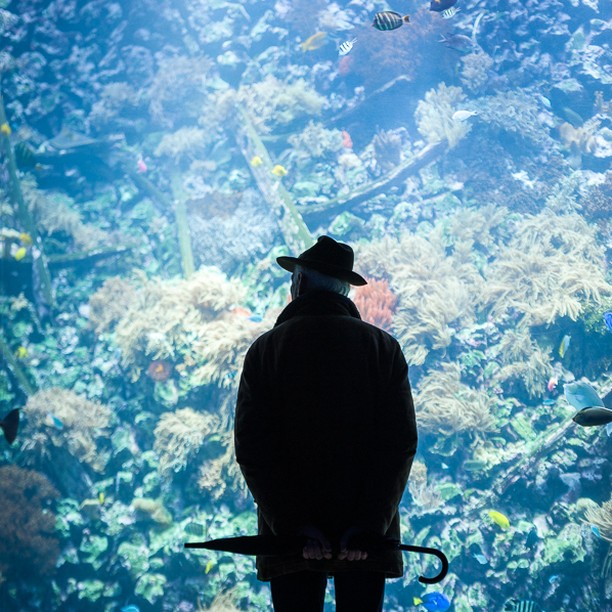 After having seen all the fish, crabs and lobsters it was time to go to the turtles, frogs, snakes and tarantulas. This also looked beautiful and with the sound they had it felt like you were in the jungle.

Combine with a weekend in Antwerp

If you are in or near Antwerp, then a visit to ZOO Antwerpen is definitely worth it! I was just at the wrong time, because of the weather forecast and the cultivation of the savannah. If it's finished, I want to go back again.

Useful to prepare yourself and download the map of ZOO Antwerpen to see how the zoo is arranged. If you've probably read it before, I'd rather discover it and did it without the map.

It is useful to know the opening hours of the zoo. ZOO Antwerpen is open every day from 10.00 a.m. and for members earlier: 09.00 a.m. Then you can watch the animals in peace, before you go to work or school. At Christmas, New Year's Eve and New Year's Day you can also go and see the animals. In the winter months it closes at 16.45 and in the summer months at 17.30.

PS. All pictures used in this post are made by ZOO Antwerpen.